Get fresh music recommendations delivered to your inbox every Friday.
We've updated our Terms of Use. You can review the changes here.

by The Gathering: Roots & Branches of Los Angeles Jazz 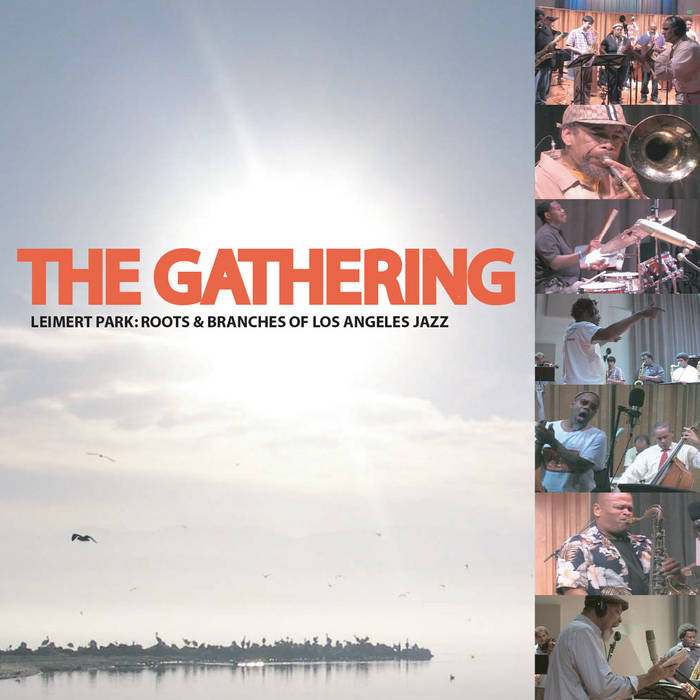 The name, The Gathering, was inspired from a community center and performance space founded by Dadisi Sanyika that Kamau Daáood help to organize back in the 1970s. For this Gathering Kamau led a select group to improvise live with him on his signature spoken word piece “Language of Saxophones.” Jesse Sharps brought in his epic composition “Peyote Song III” to pair with his other song “Desert Fairy Princess” for which Dwight Trible wrote lyrics and sang on. Roberto Miranda led the group as an improvising conductor for his experimental piece, “Agony in the Garden.” Two Pan Afrikan Peoples Arkestra standards were recorded that day as well, “Warriors All” by Horace Tapscott and “Lately’s Solo.” "Warriors All" was later released as a digital single in February 2010.

Given the level of the performances, the line up, and the emerging young giants from that day like Kamasi Washington, Miguel Atwood-Ferguson, and others, this album is not to be missed and should stand the test of time as a seminal moment for the Leimert Park and Progressive Improvised Music scene of Los Angeles. A line up this stellar and unique may never be seen again.

The download comes with 11 pages of liner notes and stills from the session covering the history of the music, musicians, excerpts from interviews, and extensive background on Leimert Park and the Pan Afrikan Peoples Arkestra history. Also included is the Front and Rear cover art originally released with the limited edition CD, and a print quality PDF file of a movie theater sized teaser poster for the film, The Gathering: Roots & Branches of Los Angeles Jazz.

2020 marks the 15th anniversary of The Gathering and a documentary film has been completed with an eventual release planned following a film festival run, and screenings through 2022. More info on that can be found at www.thegatheringjazzfilm.com

Bandcamp Daily  your guide to the world of Bandcamp